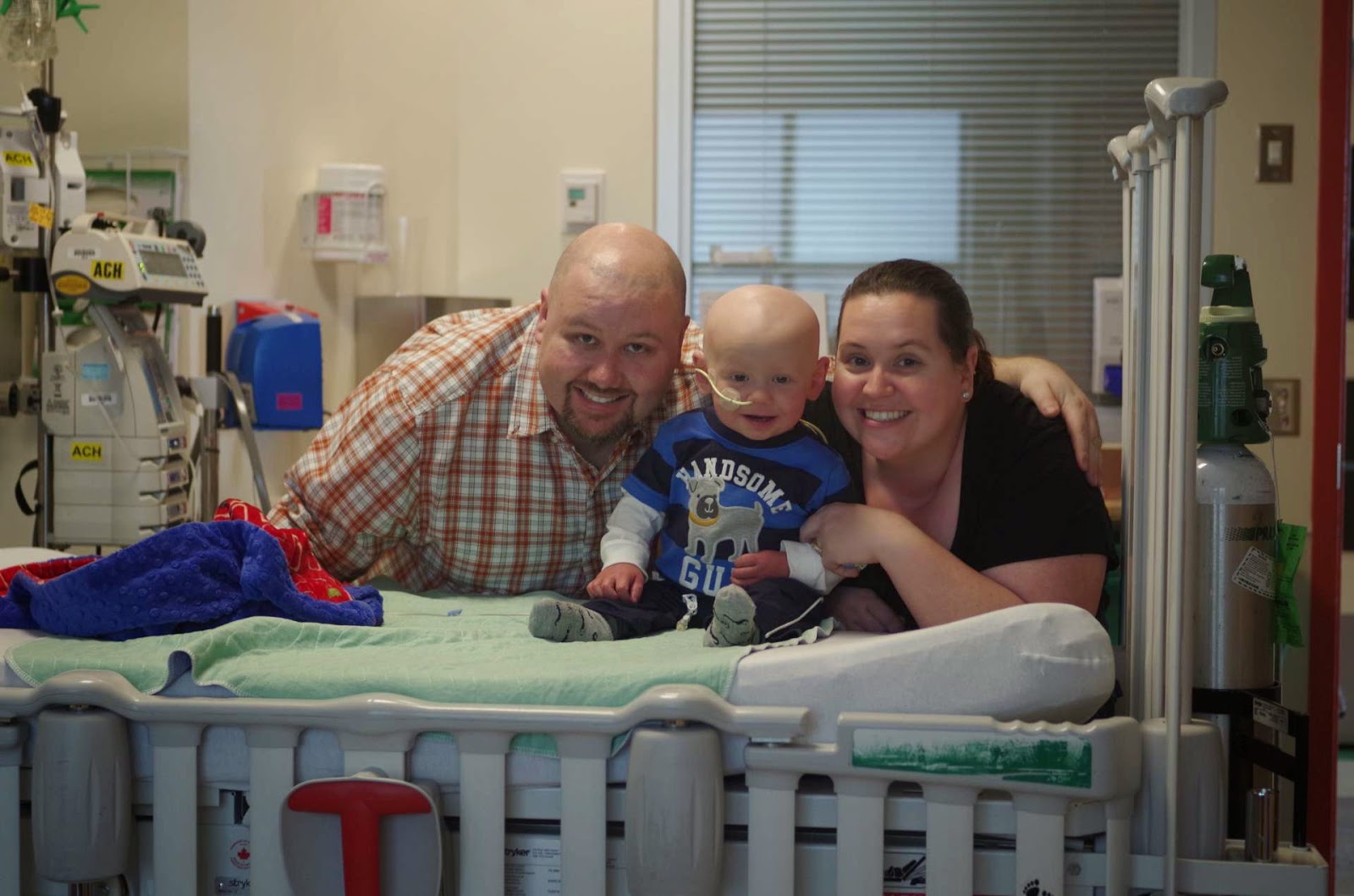 On my way out of the hospital this evening I passed a little girl who was walking in.


"I don't want to have to see this place," she exclaimed to her mom.

As I pushed a stroller stacked to the gills with toys, a foam mattress and more towards the parkade, I smiled.

None of us want to see this place from the inside. But those of us who do are so glad it's here.

Today was Dominic's last as an inpatient following four rounds of chemotherapy and a bone marrow transplant. While technically momentous, in many regards it felt like just another day. I still had to drive three hours back to Medicine Hat and won't see my wife and son until next week. They still have to come back to the hospital four days a week and won't be back to their real home until at least June. 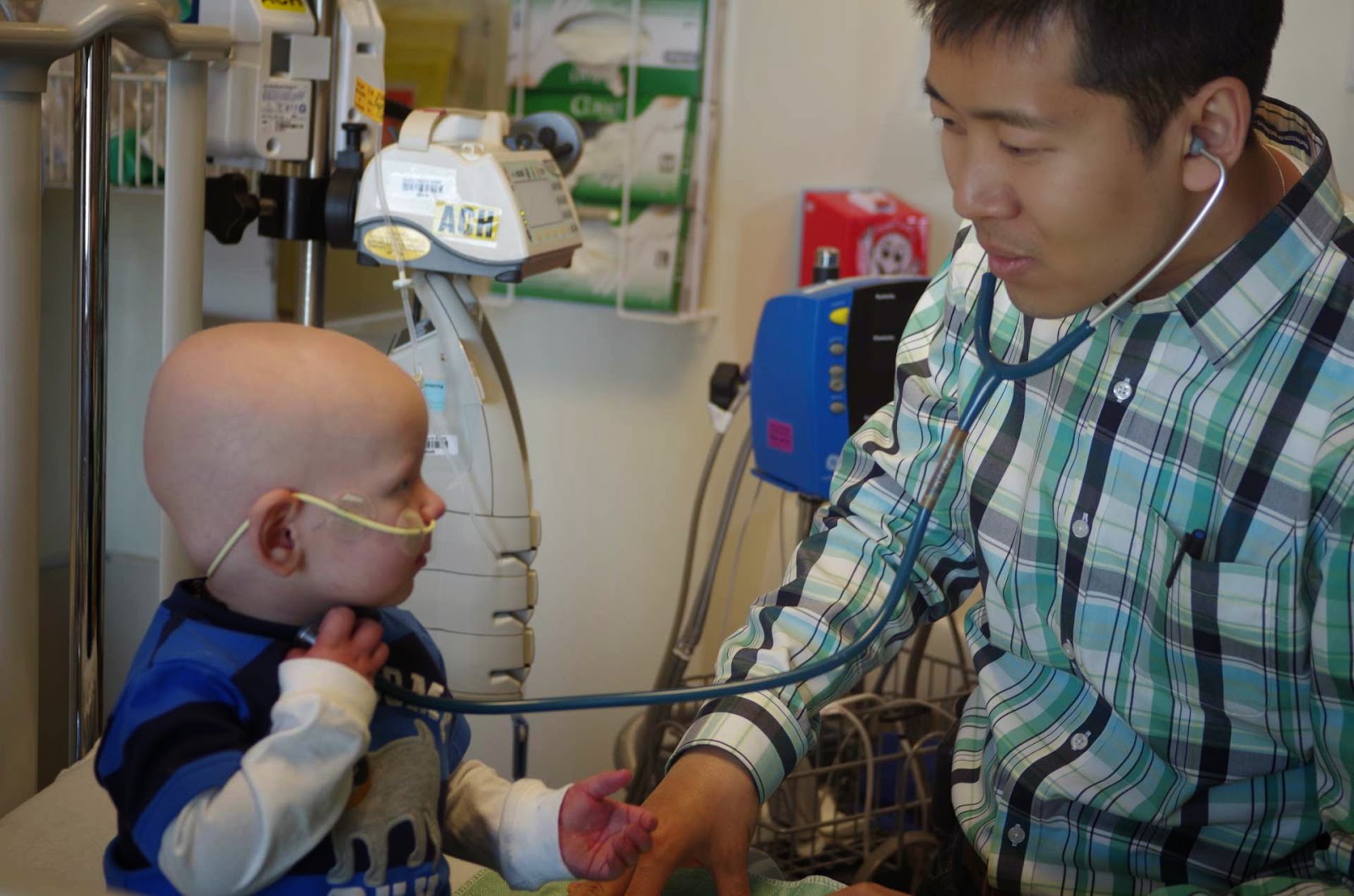 But I know we'll look back and be glad we took as many pictures as we did.

One of our favourites is of Dominic holding a stethoscope up to his chest while Dr. Tony Truong listens to his heartbeat. Tony was the one who gave us the awful news back in September that Dom had acute myeloid leukemia, and he's been our primary doctor ever since. 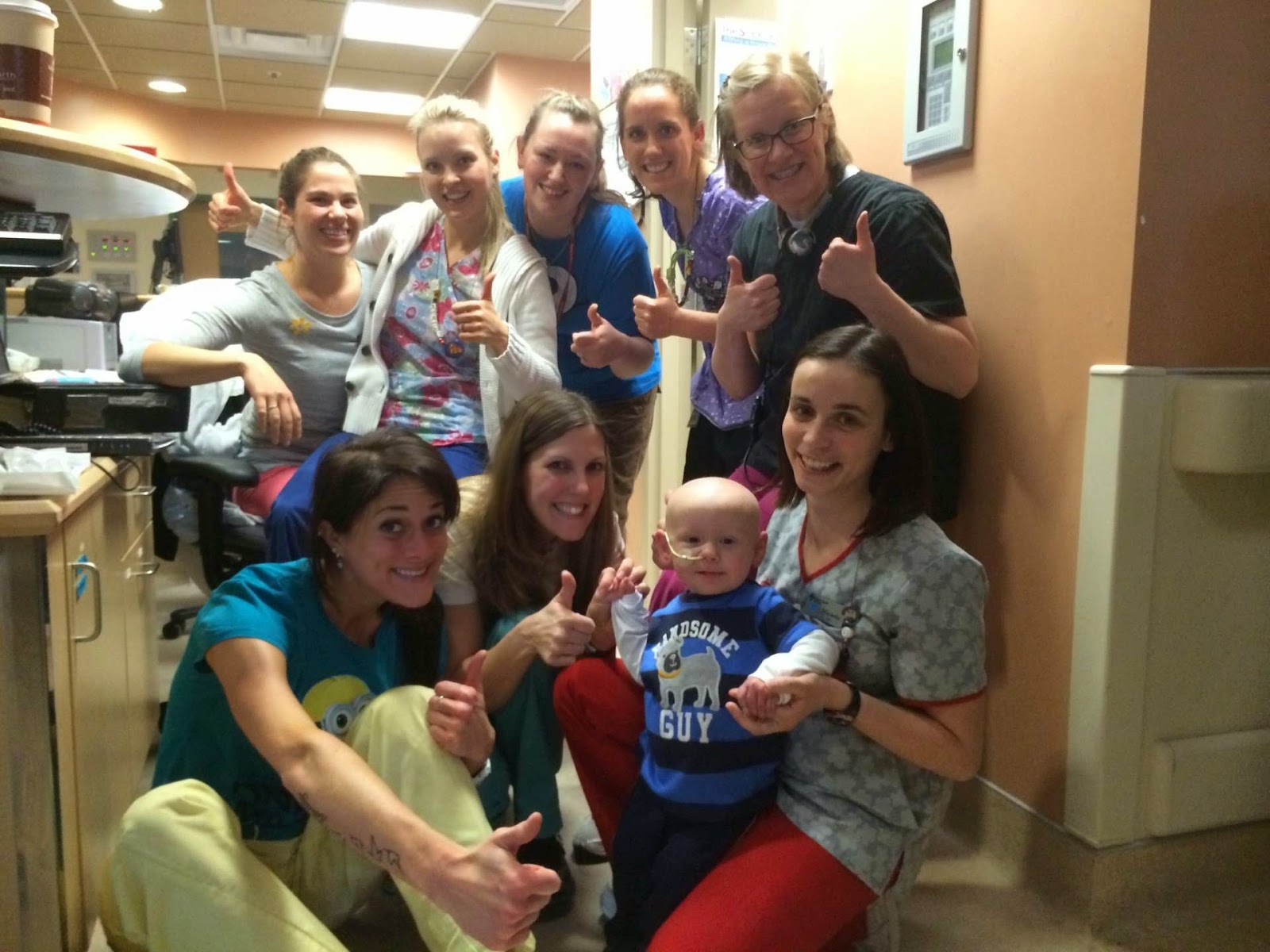 Though it's the entire team at the Alberta Children's Hospital that has made Dominic's journey the success it has been, Tony rightfully deserves the most credit. He's been the captain, and has been superb in telling it to us straight while being a fantastic listener and teacher at the same time.

Then there's the photo of the nurses. These are only a few of them, but you can see how happy they are for us. They have always gone the extra mile for Dominic; the bonds our family has formed with them will keep us coming back to say hi long after he's healthy.

To celebrate we brought in cupcakes, strolled the hallways and generally had a great day. He slept the afternoon away but woke up in time to leave everyone with smiles, high-fives, fist bumps and blown kisses.

More happy milestones are ahead. 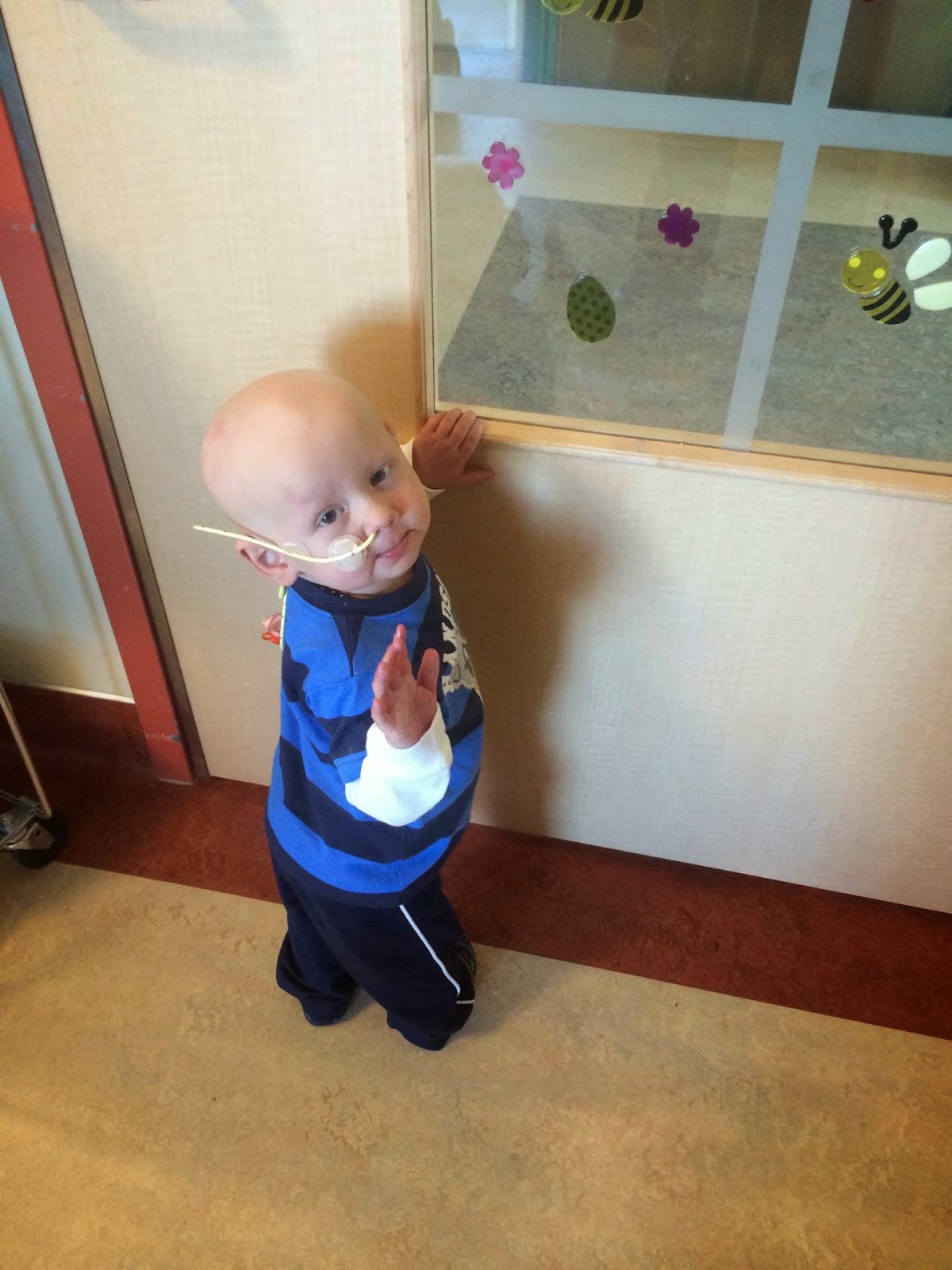 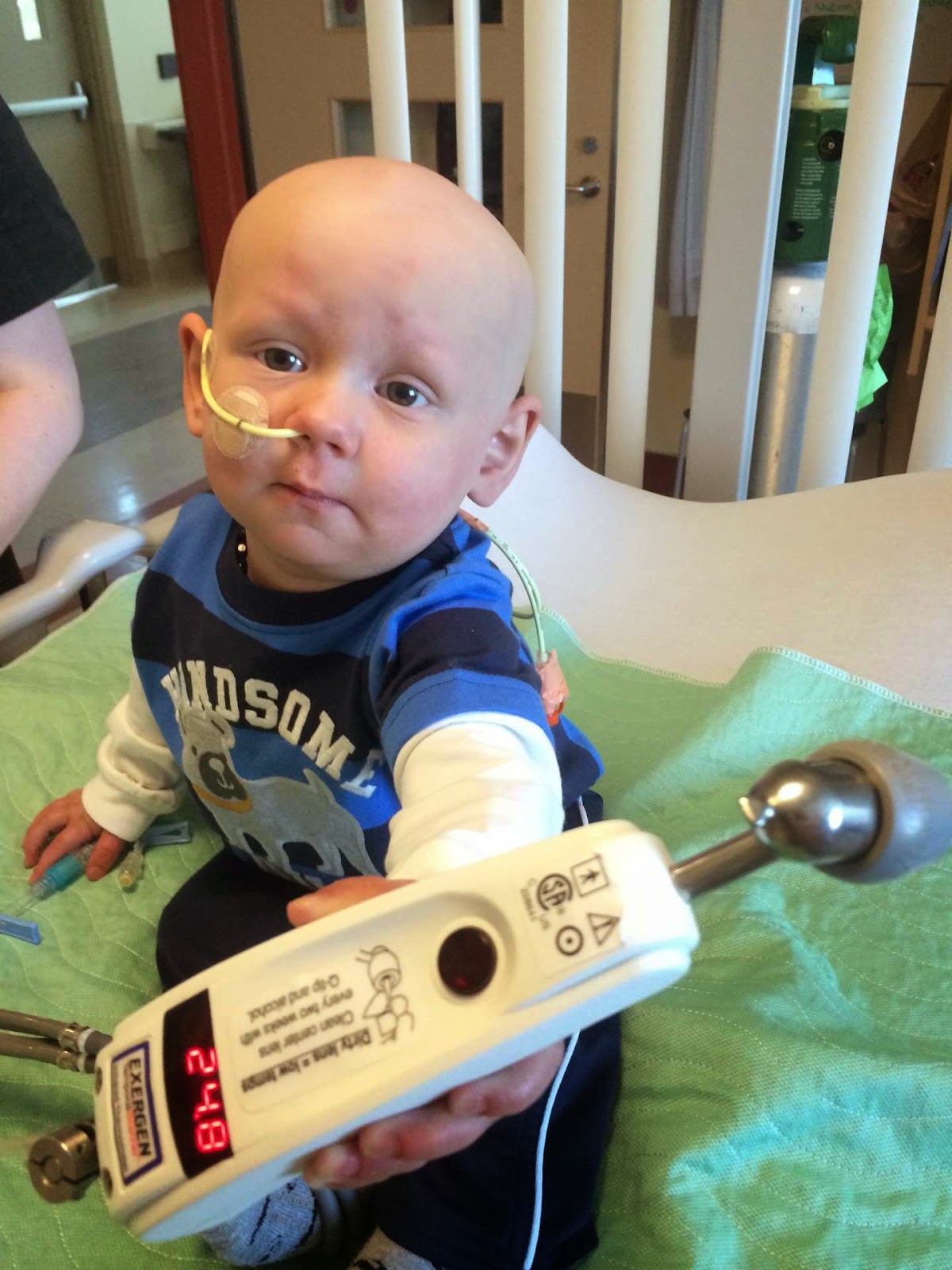