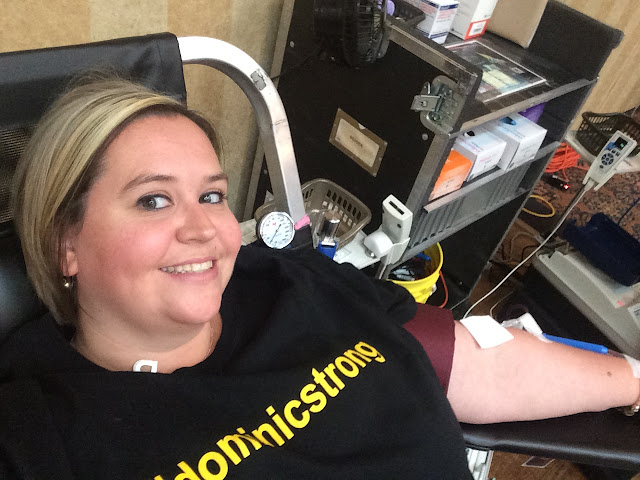 When Dom was alive you could tell how long I'd gone without writing by the number of anxious text messages we received.

"What's going on with him?"

Trish would turn to me and say "hun, you'd better write a blog."

Those imaginary deadlines are gone now. The news stacks up in my head like the 600-or-so unread emails I came back to at work this past Monday.

Things haven't slowed down in the least. And maybe that's good? Everyone who asks how we're doing now gets the response "we're keeping busy."

Busy cancelling his kids bank account. Busy getting a death certificate and letting the appropriate government departments know they can stop giving us payments. Busy with so many things we just want to get done while we're numb, to keep us a bit numb. Numb is good sometimes.

And other times it's good to watch his old videos, open the door to his room, where his urn now sits in his crib with a couple stuffed animals, the sheets still unwashed from when he last laid there.

We're a bit surprised the grief hasn't been more debilitating, actually. I suspect it's different for everyone who goes through it but I've felt the same at work as I did before, albeit amidst answering more of those "how are you doing's" than before. Which is good.

There's a lot to cry for, but also a lot to smile about. Our fundraising total on Sept. 2, the day before he died, was about US$7,000. Today, the Extra Life #Dominicstrong team is up to US$28,600. And I have a few hundred dollars' worth of cheques made out to the Alberta Children's Hospital that are yet to be counted. The generosity in his name is inspiring.

Trish went and gave blood this week. He had nearly 200 transfusions - most of them platelets - in his 35 months and every one of them saved his life. Not everyone has money to donate to a cause like this but everyone's got blood. I hope. If not it's time to break out your alien defence plan.

While there she wore her #Dominicstrong shirt - did I mention the Facebook group of the same name has sold hundreds of shirts? - and suddenly was a celebrity. One woman came up to her having driven two hours just to give blood in Dominic's name that day. I'm still in awe of both of them.

We used to joke when Canada Post switched over to the community mailboxes that we barely get any mail as it is, so we could just check once a week. Not these weeks. The older generation loves to send cards (versus emails, text messages and Facebook likes), and much of their ink has been met by tears. Add to that the flurry of documentation surrounding things and we need to go every day.

Once piece of mail sits in front of me now. It's from Give Kids the World, where we stayed for Dom's wish trip in Florida. Trish had signed the gold star he and every child who stays at the village for wish kids receives. He never got to see his star put up in the castle there, alongside 100,000-plus others who have been to the village since it opened 30 years ago. But now we've got a photo of it, and a passport that helps you find it should you ever come back.

And there's a second passport, one I had heard about before we got there. It's from the International Association of Amusement Parks and Attractions - yes, that's a thing - and expires on Sept. 5, 2016 - a year after we were to end his wish trip. We're entitled to visit any amusement park or attraction in the world - from Euro Disney to the Calgary Tower - for free.

All three of us. 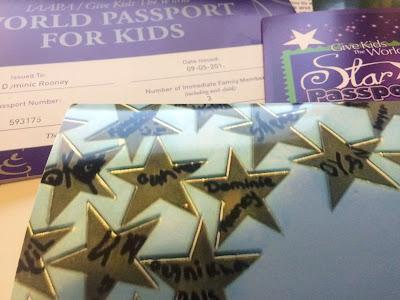