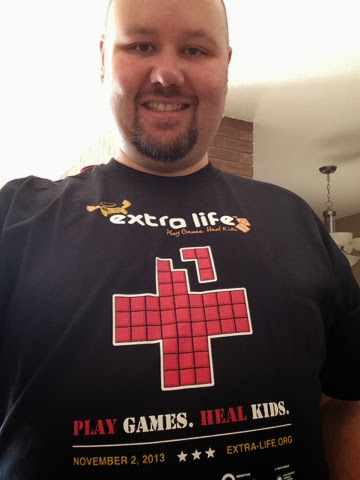 I stayed home in Medicine Hat this week while Dominic begins the second round of his chemotherapy treatment at the Alberta Children's Hospital.
Why? Because starting at 8 a.m. Nov. 2 I'm starting to pay forward some of the support we've received in the past two months.
Extra Life is a 25-hour gaming marathon which raises funds for Children's Hospitals across North America. Each participant chooses a hospital to support, and naturally I've chosen the ACH to receive the dollars I raise.
I started with modest goals - $500 or so. But then someone offered to sponsor me for $500. Family members started giving. Friends. Strangers. Just like what has happened for our family. So the goals needed to get bigger.
I said if I raised $1,500 I'd shave my head. Boom, another $500 donation. I said I'd post photos if I reached $2,000. Boom, another $500. I said I'd post video at $2,250. Easily surpassed.
(Here's the video: http://youtu.be/6NIoe3mfrpo)
So the last thing I pledged was to post a blog at $2,500 and then update it during the marathon. For every $100 past $2,500, I'll update this post on the hour. It's a 25-hour marathon, so we can max out at 25 updates and $5,000.
As of this initial post I'm at $3,710. It shows up online as $3,210 but I've got a cheque in hand that doesn't count until it's received by Extra Life organizers in Salt Lake City.
If you want to help me meet the final goal, visit http://www.extra-life.org/index.cfm?fuseaction=donorDrive.participant&participantID=57384 - thanks to all those who have sponsored already!
9 a.m. UPDATE - Playing Mario Kart and a touch of NBA Jam so far. Breakfast is a hit! Four of us - Chris, Wilbur, Krista and I - have begun the marathon at my house.
10 a.m. UPDATE - Still Karting! 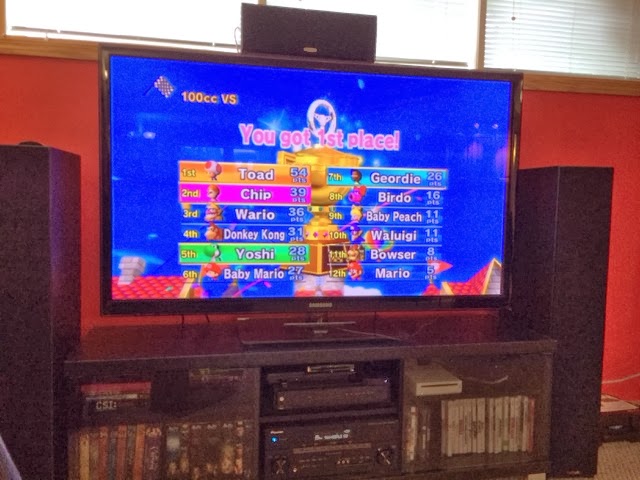 12 p.m. UPDATE - Well I think we've all finally mastered Mario Kart. About time for another game! Remember, you can still sponsor me all day today and tomorrow ;)
1 p.m. UPDATE - Moving on to Wii Sports - an oldie but a goodie for group play. Not the least bit tired yet but I suspect that will change later tonight!
2 p.m. UPDATE - We've graduated to PS3 and Little Big Planet! Almost lunch!
3 p.m. UPDATE - Hope you didn't expect these updates to be so boring but I promised for every $100 I'd update another hour! Anyhow we're still going strong, though the Extra Life website was victim to a DDOS attack earlier today. So sad that anybody would think to attack something like a charity event. Anyways it's back up so anyone who wanted to sponsor us, you're able to again. Go to extra-life.org and search for my name.
4 p.m. UPDATE - I'm committed to doing these until 10 p.m. tonight based on my current total of $3,910 raised. I can keep doing them up until 8 a.m. tomorrow or hour 25 if I can get another $1,100 worth of sponsorship. Off to play some of The Last of Us online multiplayer!
5 p.m. UPDATE - Wil went to find his phone charger in his car. He hasn't been seen from since. It's either zombies or he needed a nap! We're getting reinforcements and heading to Krista and Bob's place in an hour.
6 p.m. UPDATE - After a quick game of Scene It! we are on the road to Krista and Bob's for the exciting conclusion, which is to say the toughest part of the marathon. Also FaceTimed with Dominic and Trish, where Dom is looking happy as ever after another day of chemotherapy. Sounds like an oxymoron but there you have it. What a kid! And he's the reason we're playing.
7 p.m. UPDATE - Here at location No. 2! Just 14 hours to go! Krista is ready with provisions. 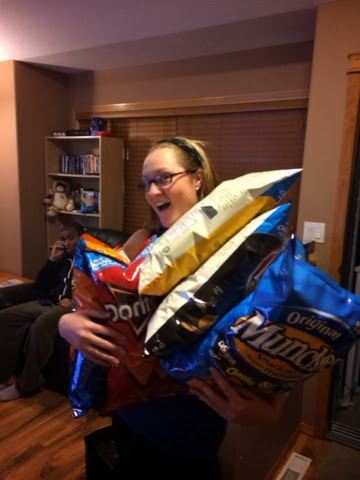 8 p.m. UPDATE - Upstairs they're playing Mario Party and downstairs it's pool. All games count! Charles from the paper came by to take a couple photos too. 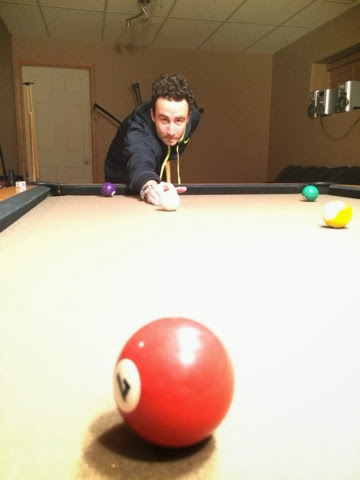 9 p.m. UPDATE - Made it to $4,000! Lee Marshall of Sun Country Nissan said he'd sponsor an additional $200 if I wear a Nissan toque this winter. Done! Thanks so much everyone, this means I keep posting updates until midnight.
10 p.m. UPDATE - A Facebook challenge from my aunt Audrey led to another donation, meanwhile played my first ever game of Yahtzee - here's the result of my first roll. Lucky night indeed! Now it's poker and Mario Kart time. Still going strong! 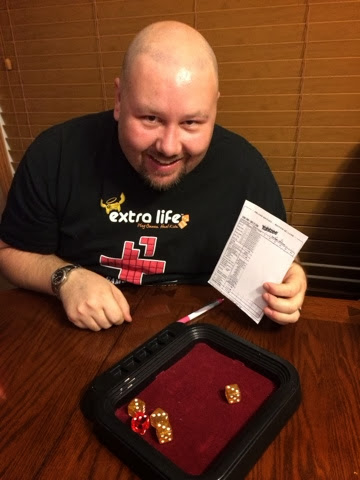 11 p.m. UPDATE - Well poker is in full swing but I busted out early as usual so it's off to the iPhone for games. Suspect I'll wind up back on a console before long! Here's Chris and Jordan with the big stacks. 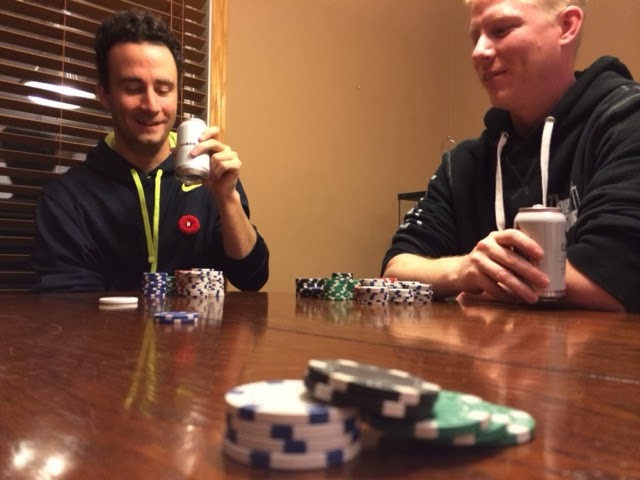 Midnight UPDATE - We are in the homestretch. But oh, what a homestretch. As promised I've updated this blog post hourly for every $100 raised above $2,500. We only have nine hours remaining which includes the time change when we lose an hour at 2 a.m. Only a handful of us are here to see the end. Playing something called Zombie Dice now, who knows what the remaining hours will bring. I will update once more in the morning when we're finished. Thanks once again for supporting the Alberta Children's Hospital with us.
8 a.m. FINAL UPDATE - Well I did it. Finished up playing Scrabble (and losing to Krista in a four-player game). Total fundraising is just more than $4,000 - so proud to have fulfilled my commitment to all of you and so thankful for your support. Cheers. Zzzzz
Posted by Sean Rooney at 14:01