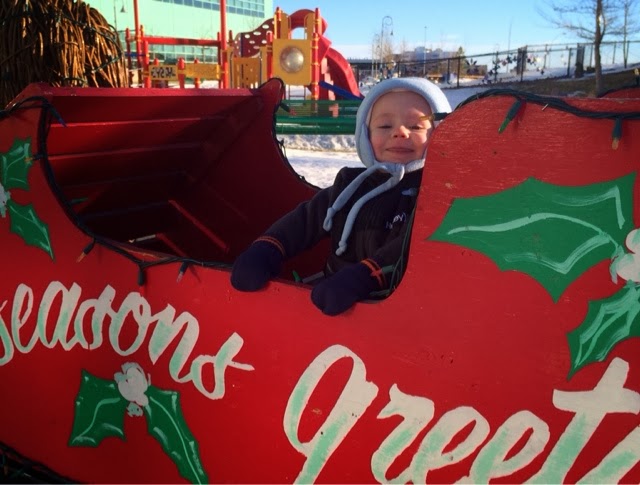 Before it's your kid who has cancer, you might think of the ones fated with the terrible disease in some far-off part of your mind.

It's easier to deal with that way.

You might see a story on the news or hear through the grapevine about a long-lost relative who's going through it, but it's scary to get much closer. Even when my own grandparents battled various cancers I never learned much about it; knowing it was awful was all I needed to understand.

Now on the inside, dealing with it all, I seek out the people who can relate to it, hoping to glean some insight or knowledge from them. And just as often they seek me out, knowing they can help just by being there.

It's amazing how comforting it is to find similarities in their journeys, too.

Take tonight. A fellow dad in Medicine Hat whose daughter is battling cancer linked to a story about another girl whose family has just moved from Ontario to Calgary to be at the Alberta Children's Hospital. In reading the blog Aubri's Angels, I see a huge fundraiser, an advanced diagnosis beyond the leukemia the child's parents were first told about, and quotes from a mother that at times are eerily similar to ours.

I cry at the part in the video where Aubri's mom shaves her head in solidarity. I realize our situation isn't nearly as scary as theirs when I read that her dad lost his job when the plant he was working at shut down. That their family of five was living out of the back of a U-Haul truck after moving west, all so that she could get the best care possible.

Dominic is far from lucky to have AML, but we grew up in Calgary and have family there still. I can't imagine how we'd be without them nearby. I have an employer that's allowed me to work four days a week instead of five and the three-hour drive on the Trans-Canada Highway doesn't seem so daunting anymore. The only uncertainty is when we can resume the life that we had; throwing away our old life entirely sounds infinitely more perilous.

Dominic is amazing. One visitor to his room last week quipped "THIS is the patient?" He was zooming around in his walker, laughing, bumping in to things. Were it not for the tubes poking out from under his shirt you'd think he was the leukemia patient's younger brother.

We've been told there are already a couple great preliminary matches for a bone marrow transplant. We also got more information on what the transplant involves - much more serious drugs and even radiation. We're aware he's handled the chemotherapy thus far amazingly well, spare the expected nausea, but it looks as though the new drugs are more likely to do damage. That will happen once his fourth round of chemotherapy is done, maybe February.

For now, his blood counts are doing the planned dip and he's had a couple more transfusions as a result. That's normal, and it looks as though he'll be able to get a lengthy day pass for Dec. 25 so we can visit both sides of the family on Christmas.

Other families, like Aubri's, will not be so lucky. The good news is they're meeting a new community that will do its best to support them. Even if we never meet them, I feel like we're already supporting each other. We're on the same highway, just in a different car.