One noodle at a time

Coming off a couple weeks of fear and the unknown, there was no reason to expect many milestones.

Dominic's rash was clearing up but he still needed treatment for his urinary tract infection. We were given the option of keeping him in hospital with one drug or sending him home and paying - a lot - for another. It was a no-brainer anyhow, but thank goodness for insurance.

This meant we could move on to new challenges. Like eating.

Ever since he went in for his bone marrow transplant in February he's had a naso-gastric tube up his nose and into his stomach, getting fed through a pump at night because the expectation was the transplant side effects would kill his appetite.

Sure enough the plates piled up untouched. Not that you can blame him given the stereotypical quality of hospital food. I remember once asking for a cheese pizza only to have it come, half-frozen, on a styrofoam plate. "You use microwave, no?" implored the person from food services.

What would he eat? For a while it was cheezies. Then he wouldn't touch them. The same happened with tortillas. Normal food? Forget it. Twizzlers. All-dressed chips. Not plain chips, oh no! Fries? Only McDonald's. I even took a McDonald's bag and empty fry container and put hospital fries in it. He spat them out and looked at me like I was the world's worst parent. 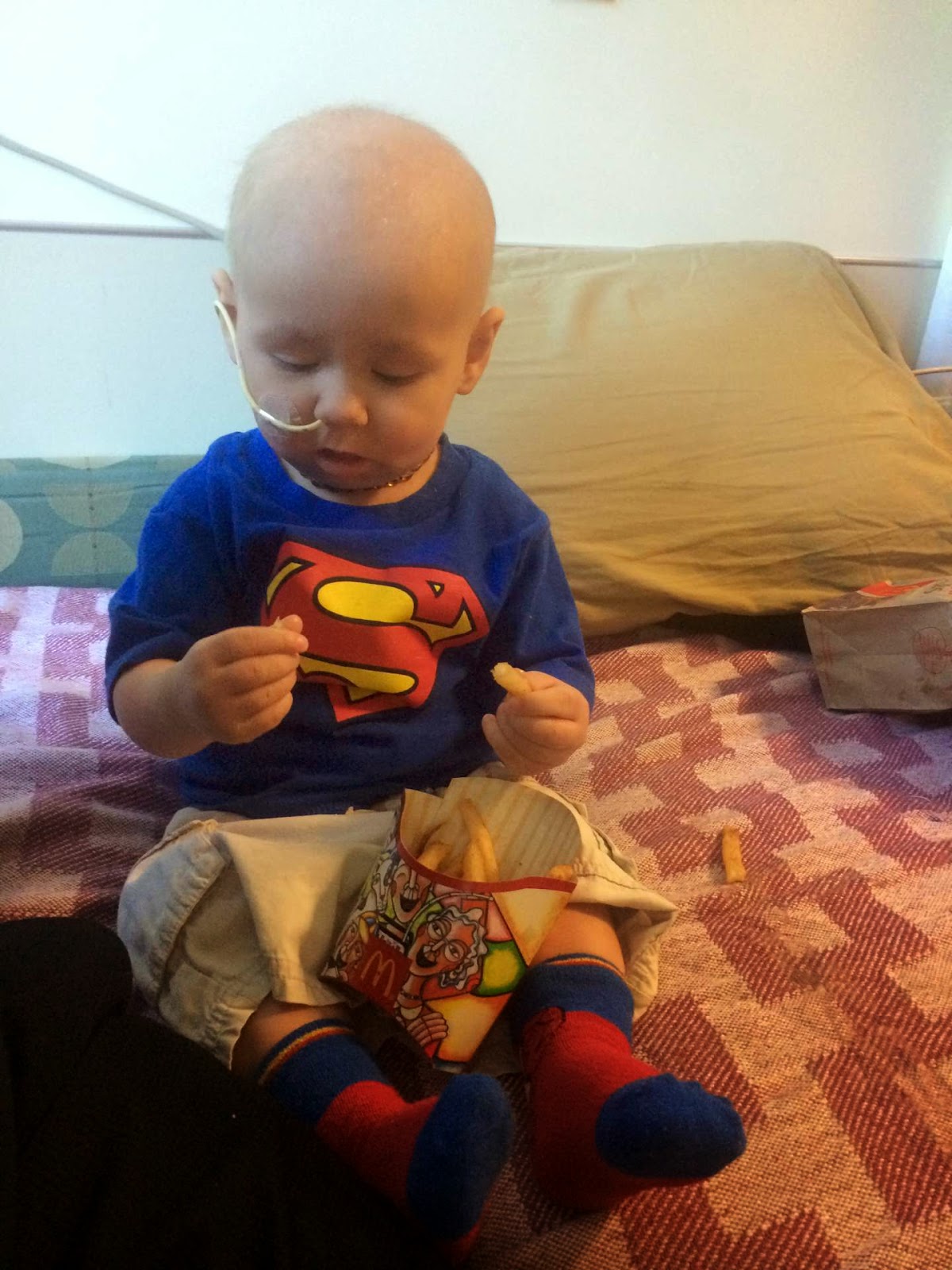 So we stocked up on supplies to feed him through the tube. We continued to offer him everything under the sun - veggies, fruits, eggs, you name it - but fully expected the tube to stay in for the rest of the summer.

We decided to let him go without tube feeds for a couple nights just in case the resulting hunger would force him once and for all to start eating again. And wouldn't you know it, a day later he took the hint.

The new food? Kraft Dinner. That orange powder of unknown origin looked similar to cheddar cheese, which was one of the few things he'd been eating this week. My first reaction was to get the moment up on YouTube.

Moments like this are up there with first steps. We're still waiting for words, but there's a renewed sense of hope around here.