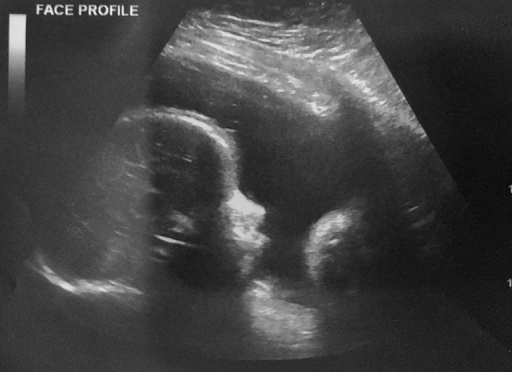 It's a month away from baby girl's due date and we've finally flipped the switch: It's time to get ready for her.

Sure, we did the room a month ago, but now that Trish has had to cut back her hours at work due to nausea and just generally being exhausted, it's sunk in that this kid is coming soon.

It started with wanting to clean out a closet. Then came a room. Yesterday I went through my closet and threw out bags full of old clothes.

We did some minor repairs to the room, a few final touches. Went to Costco and bought baby wipes. Suddenly I found myself checking camera angles for the baby monitor.

And then it hit me: We're nesting.

This is all perfectly normal, of course. We did the same thing before Dom. Wanted the house nice and clean, because we knew we wouldn't be getting much sleep the first few weeks.

As it turned out that phase didn't last long. He was an amazing sleeper, until everything went awry.

Baby girl might be coming soon, but we're still not entirely sure how that's going to go. She was flipped the wrong way a month back, then a couple weeks later had flipped head down - perfect. Two weeks after that? Back the wrong direction. She's a gymnast, and already isn't listening.

Today there was another ultrasound, but with a twist: the technician had to do a test. Points for limb movement, breathing motions and the like. She had 30 minutes but achieved the target score in about 10. Total all-star.

Trish is not-so-silently hoping she comes the first week of February. The doc said she would need six weeks before he'd allow her to go on a plane. Why would you want to fly? To Orlando, of course. When we went to Extra Life United last year we made so many new friends, and this year's event runs March 23-25. I've already got my ticket booked, but chances are Trish and baby girl won't be able to make it. There's always FaceTime, but of course Trish is holding out hope.

I might as well mention I have set up my Extra Life fundraising page for the Alberta Children's Hospital for 2017. Team #Dominicstrong raised US$23,256.03 last year, and we'll hopefully improve on that this year.

Not sure when the next update here will be. Maybe when there's a baby?
Posted by Sean Rooney at 14:18