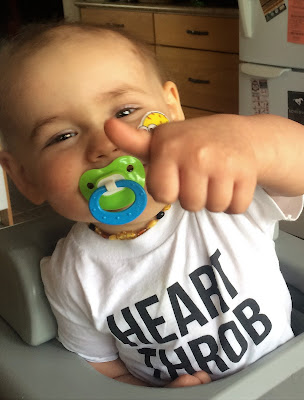 From the start, we decided to be open and transparent with everything that happened to Dominic after his cancer diagnosis.

We wrote about procedures, how he was eating, the chemotherapy and what it did to him. Even when he went through morphine withdrawal. And of course what it was like when he died.

But there was one thing we never wrote about, mainly out of fear. One thing that our inner circle knew we did but that the outside world would have to wait for.

Yep. We gave our son cannabis oil. A lot of it. Let's hope the statute of limitations has worn out on this one.

How it came about was fairly innocent. Nearly every parent nowadays hears their child's diagnosis and rushes to do Internet searches about it. Mainstream ways of fighting it, not-so-mainstream ways and the completely wacky ways. It's all out there, and in great detail.

I remember early on finding one blog of a dad who was certain that an alternative therapy would cure his child's leukemia. The last post was one of regret: his child had died and he wondered if he had done more harm than good. At that point I was convinced that whatever the folks at the Alberta Children's Hospital said, I would accept. I didn't go to school to be a doctor. I know they've got my son's health at the top of their priority list. Even today I have no regrets about everything we did for Dominic, including what you're about to read.

But even they are sometimes hamstrung by politics, ethics and, y'know, the law.

Within a few months of his diagnosis a hospital parent friend approached Trish and asked if we'd considered marijuana. They'd had success with it helping their kid's symptoms. Initially Trish said thanks, but no thanks, but if you know our story you're aware it had a lot of twists and turns.

When Dominic was finally diagnosed as terminal back on Christmas Eve, 2014, cannabis went back in the conversation. Because at that point we were desperate, and the hospital had run out of options.

Trish's friend gave her two small syringes, about the size you'd use to give your kid Tylenol. The stuff inside looked like tar. 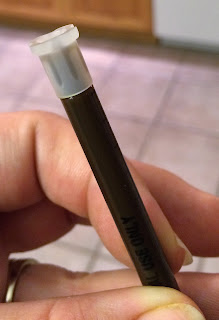 I can assure you, it did not smell like tar.

Cannabis oil is usually laden with either THC or CBD (it always has both, but you can produce it to have more of one or the other). THC is the chemical known for giving you a high, while CBD is more widely known to have medicinal properties. There's not a lot of scientific research behind either because, as you probably know, marijuana is considered an illegal drug in most jurisdictions.

The initial instructions were to give him a tiny amount into his mouth, like 0.1 millilitres. You've got to build up to an amount that would actually help. And he did take both kinds separately, as they allegedly work together to achieve the best medicinal benefit.

One time Trish gave him a bit too much THC. Now, this is a kid who had a stroke and didn't walk properly in the first place. Now he looked positively drunk. We couldn't be too sure so we brought him to the hospital where the symptoms magically went away the longer he was there. Nope, not another stroke. Golly gee, doctor, we have no idea why he was like that!

Every time we were around medical personnel we had to be extra careful that they didn't see it. We had figured out they basically had a "don't ask, don't tell" policy because they legally could not recommend or approve of what we were doing: it was illegal, after all. 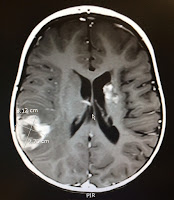 Remember how it was a miracle that, given weeks to live when he was diagnosed as terminal, he lasted 36? We don't think it was a miracle. We think it was cannabis. An MRI of his brain in early December 2014 showed the leukemia had spread and a tumour measuring 3.12 by 2.75 centimetres had grown. By late July 2015, a new MRI showed... nothing. The cancer in his brain was gone. The doctor had no explanation, but did say "whatever you're doing, keep doing it." So we did. 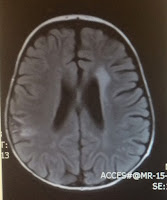 Now, by that point the leukemia was coursing through his veins. And it did eventually kill him, multiplying to the point where it filled up his tiny lungs. Anecdotal evidence I found online suggests cannabis is only effective for so long in many types of aggressive cancer. But it gave us eight more months with him. It was worth every penny.

And make no mistake, it wasn't cheap. We spent thousands of dollars procuring properly sourced and chemically analyzed oil, the origins of which I'm not going to divulge here because, frankly, it's still illegal in places and we don't want to tip any authorities off.

What I will say is that when we went to the fateful wish trip in Florida (where he died), we had made arrangements for oil to be there, unbeknownst to the place we were staying or anyone involved with our trip.

It was all very covert, and at times felt extremely dangerous. At the Rotary Flames House where he stayed, we had to give him oil overnight. But staff were in charge of watching him overnight, plus they had monitors on him. So we figured out how to obscure the cameras, then plunge the oil (diluted with coconut oil) down his feeding tube as he slept.

I'm sure medical staff had us pegged, but I also think most of them looked the other way, knowing we were just trying to do what we could to keep him alive. We were, by that point, hospital parent ninjas.

We're opening up about this now for a few reasons. First, it's part of his story and we want everyone to know about it. Also, the tide is turning with regards to cannabis. Legalization is coming, and we are all for it, especially with regards to medical applications. The more research can be done on cannabis, the better. And research is a lot easier to do when the drugs involved are legal in the first place.

We didn't want anyone who wanted to be involved in our charity work to feel awkward, either. We know not everyone will agree with what we did; all we ask is that those people respect why we did it. No parent should have to go through what we did but we did the best we could.
Posted by Sean Rooney at 16:20