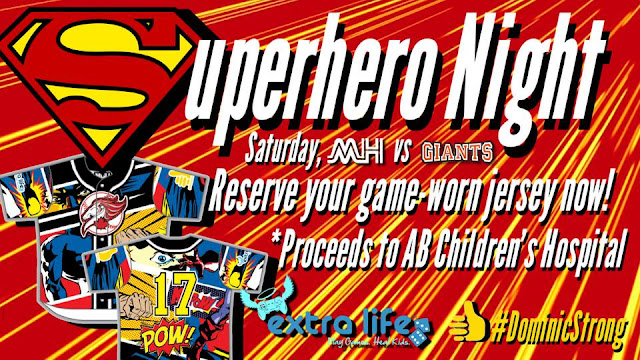 Superhero Night is tomorrow and it's going to be a blast.

But it'd be more of a blast if more people came.

For starters, there's the jerseys. Last year they made you look like you were wearing a cape. This year they're comic-strip inspired works of art, complete with a POW! on the back.

Last year we had the 501st Legion - Badlands Garrison (stormtroopers and other Star Wars universe dark side characters) send a few volunteers in costume, and they were a hit. So, too, was the random Spider-Man we met on the street and convinced to join us. This year? Ironman, Boba Fett, Spider-Man and stormtroopers.

The Mavericks have gone a step further this year, offering to switch up their usual in-game contests to be more superhero-themed. So instead of hitting a ball off a tee, contestants will use a light saber. Slingshot throwing a ball you've got to catch while wearing fishing gear? Now the contestant rides a broom and catches a golden snitch. Also, get ready to dust off your Teenage Mutant Ninja Turtles trivia mask.

The music and sound effects will fit the theme, and I've again got hold of the public address announcer's script and added a zillion things into it. If anybody hears the intentional Fortnite reference and tells me about it, I'll buy you a drink.

It's all fun and games, but the reason we do it is for kids who deal with some serious challenges at the Alberta Children's Hospital. Last year we raised a combined $1,800 - I'd really like to see that number grow.

The ceremonial first pitch will again be thrown out with a child who's spent a lot of time in hospital. Fischer is six years old and he's got Noonan Syndrome - a genetic condition which affects all sorts of things, particularly your heart.

Another kid with a history at ACH is helping us too. Keaton and his family are all dressing up as Star Wars characters - his dad is the aforementioned Boba Fett - and no doubt will wind up hanging out with the Stormtroopers all night.

Fans who come in costume can win prizes! And keep in mind, the Mavericks have two games Saturday at Athletic Park but only the 7:05 p.m. game is Superhero Night. This is one you don't want to miss.

Thanks so much to the Mavericks for putting on this incredible night.

Here are a couple interviews that have been done this week. Thanks to everyone who has helped spread the word about the event: 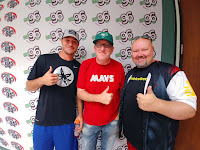