Back to our Extra Life family 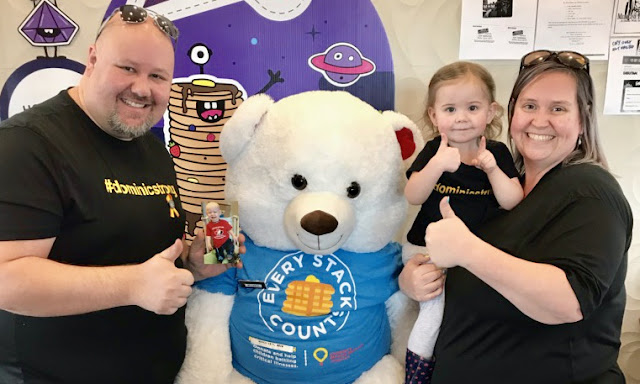 You enter a new universe when you become a parent of a cancer patient: A new vocabulary of medications and diagnoses, names of nurses and doctors and support staff, friends for life because you share something you'd never want to share with anyone.

Years later, some of that has faded away. I can't rattle off the two-dozen regular drugs Dominic was on at the time of his death, nor the first names of half the folks we knew from the hospital.

But we still have those friends. And this week we get to have a big reunion with dozens of them, plus make many more.

Extra Life is the charity we found out about shortly after Dom wound up in hospital with leukemia. Play games, heal kids is the slogan, and that worked perfectly as we aimed to give back to the Alberta Children's Hospital where he received the most amazing care.

At first it seemed like the commitment would be once a year; a 24-hour gaming marathon with friends where we ask folks to sponsor us.

Then I decided to up the ante by shaving my head. When Dominic died in 2015 so did Trish, plus an entire family of friends (including their kids). Dozens of others joined us for the marathon and our entire community came together to support us.

Now there's an annual online auction, a mini-golf tournament and a special night with a local college-level baseball team. We've helped raised more than $175,000 through #Dominicstrong and consider it how we parent a son who's not physically here.

Extra Life is more than just that once-a-year marathon for many people. We have friends across North America who are involved in one event or another 365 days a year for their respective hospitals, and Extra Life itself puts on a special event every year in Orlando, Florida called Extra Life United.

We went to the second edition of ELU in 2016, barely five months after Dom passed. Because he died during his wish trip to Florida it was particularly emotional to return, but the love we experienced there - both from fellow Extra Lifers, Children's Miracle Network employees and champion children representing its 170-plus member hospitals - was unbelievable. The thumbs-up - Dominic's favourite piece of sign language - is now part of the special bond we share with that group.

When our daughter Samantha was born a year later, I was the only one able to go back to Extra Life United. In 2018 Trish was recently back to work as an accountant - tax season is usually a no-go for vacations.

But her work and mine know how much Extra Life means to us, and so we are back this year.

The big draw for ELU is a gaming tournament with more than US$150,000 to be won by attendees. They don't pocket the money, their respective children's hospitals do. We would love to earn a small portion of that for the Alberta Children's.

But those who have been know it's about so much more than that. Meeting up with friends new and old, another group of inspirational champion children and their families, and Extra Life and Children's Miracle Network staff whose work is so important and whose hearts are equally big.

A new journey begins and we can't wait.

Thanks for being part of our journey, now and always.
Posted by Sean Rooney at 20:57