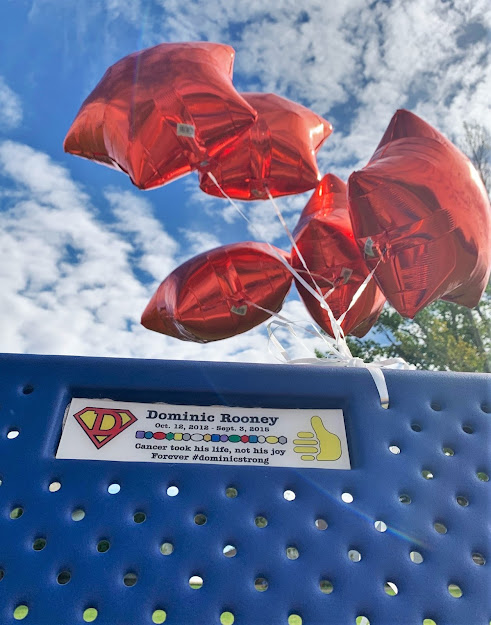 The world is different but the pain is the same.

As other parents share pictures of their youngsters going to school again, we took our daughter to Dominic's memorial bench, tied five orange balloons to it, then played at the park. Orange is the colour representing leukemia. We'd have had some gold ones for childhood cancer awareness but alas, they were sold out.

It's been five years since our son took his last breath, since he got those two hours at Disney World, then crashed the next day. Since the hospital in Orlando organized for Mickey Mouse to come visit him, but had to cancel because it was too late.

I think of all the support that came in, from messages on the blog to the lady at the airport who helped with the empty stroller we were pushing on our way home with his ashes.

But most of all I remember his laugh, his thumbs-up, his smile. He'd be such a good brother to our daughter, likely getting in trouble for setting her straight once in a while but also looking out for her.

He can be whatever we want him to be in our imaginations.

We were so used to his world, where wearing masks was normal and you sanitized your hands every time in to the oncology ward. We embraced the change. Needless to say we were ready for this new normal too.

Charity work is slower this year because there's understandably less money going around. As of writing this, we've got 57 items lined up for the #Dominicstrong online auction Sept. 25-27. That's about half as many as last year but I'm still amazed at that level of response. Hopefully we can sell them all, too. Drop by the #Dominicstrong Facebook group if you're interested.

It's been a crazy year, and this fifth anniversary of his death ought to be more sad than the rest. Anniversaries are certainly tough. But in an odd way it's been a happy day so far, intermingled with moments of anguish. We'll take it. 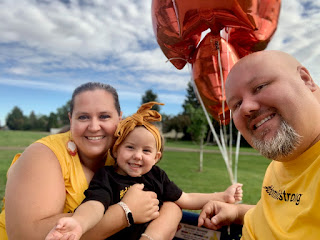 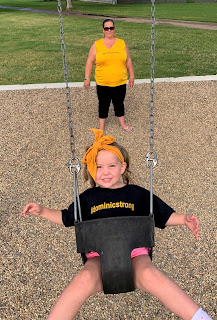 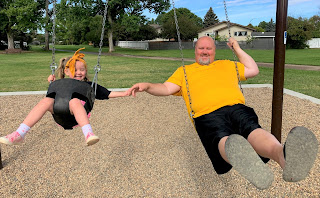