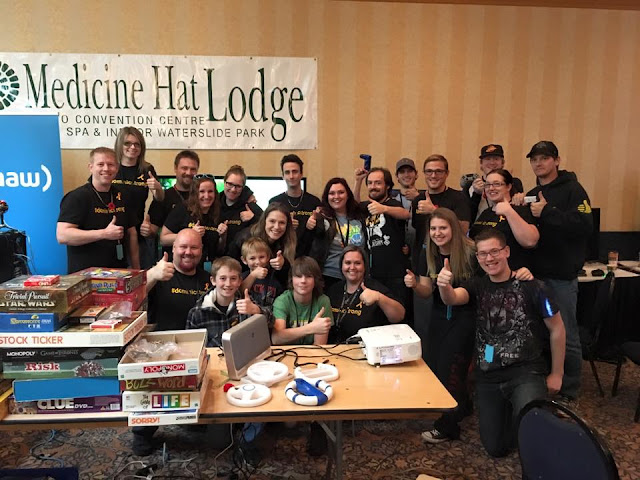 Well we did it. And now I need to book an appointment to get my back waxed.

Extra Life 2015 came and went, with dozens of people showing up at Medicine Hat Lodge and playing all sorts of games for 24 hours.

We're proud to report the Team #Dominicstrong total surpassed US$45,000 raised for the Alberta Children's Hospital, which was our final goal after a bunch of others were summarily obliterated by the generosity of our community near and far.

Trish and the entire Russell family are now bald and rocking their new looks (and toques... lots of toques). Because we live-streamed the entire day, there's video I can share with you of the big event (fast-forward to the 3:30 mark when the shaves actually begin). If you want to see some other highlights visit my YouTube page here.
As you can see, it was emotional, both with tears and laughter, often at the same time. That's a lot like our experience these past few months since Dom's death - a lot of highs, a lot of lows, not much time to see straight in between. We continue to ride the roller coaster.

The media attention we got was wonderful and unexpected. Early in the week I got to write a special blog post which was sent out to every participant in Extra Life. Metro Calgary, which had done a story on our family earlier this year, called me up again. My96 sent Darren to do six hours worth of live spots, and earlier this week we were on both My96 and CHAT 94.5 radio speaking about it.

My work, the Medicine Hat News, did both pre- and post-event coverage. I hadn't asked for any of it - was too busy making the event happen to go around requesting stories, but they thought it was newsworthy enough amid so many other awesome things happening in the community this weekend.

We were able to generate another $1,850 during game day cash donations, whereby folks paid whatever they wanted at the door. Anyone who donated was entered into door prize draws for an XBox One (courtesy Children's Miracle Network and Microsoft), a Nintendo 3DS XL (courtesy realtor Glynn Yuhas) and four $25 gift certificates to awesome local barbecue joint Skinny's Smokehouse.

Other event sponsors were Shaw (Internet), the Medicine Hat Lodge (free banquet room) and EasyHome (seven huge TV screens for our video games). Each allowed the event to run incredibly well - we had a great time, even in the last couple hours when we were tired out of our minds.

We had one other prize to give away, the most special one of all. A one-of-a-kind jewelry piece fashioned with Dominic's fingerprint. Anyone who donated at least US$200 to our Extra Life page was eligible. There were 41 such donators. After assigning numbers to every entrant and using a random number generator our friend Michelle won it. 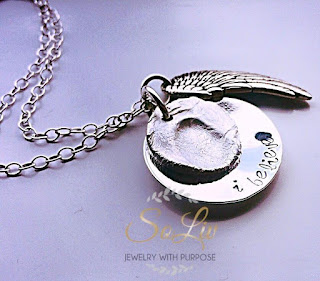 This will not be the end of Team #Dominicstrong - the Lodge has already indicated a willingness to have us back next year.

But for now, it's time to rest. We do so knowing we did all we could. Thank you, everyone who helped make a difference.
Posted by Sean Rooney at 15:32