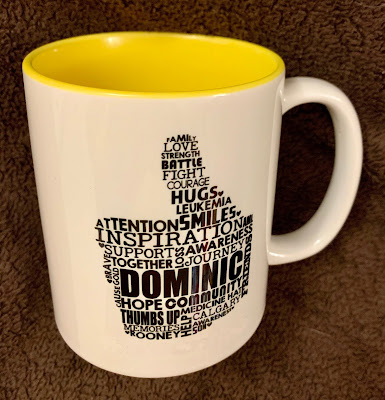 When our friend Kristine first started an online auction four years ago to help with our Extra Life efforts, we were honoured, and humbled. What a wonderful idea - totally online bidding, no need for pants, every penny raised to the hospital.

It finished off that year with $7,900 raised, and pushed our Extra Life total past US$46,000 for the year, all in Dominic's name. Kristine, her whole family and Trish all shaved their heads. I, having no hair left, waxed my back. Good times!

And then the question became - how do we follow that up?

The answer, of course, is that you can't. The bulk of that year's fundraising happened in the wake of our son's death. But what you can do is continue on with things like the auction, like the 25-hour gaming marathon, and still have incredible impact.

And yet, somehow, the auction itself actually got bigger. 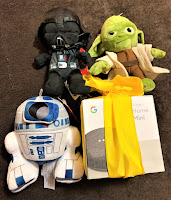 This year we sort of admitted defeat in that we don't have the resources between the two of us to do our day jobs, raise a now-2-year-old, and solicit dozens of new businesses (in addition to the ones who we automatically contact as repeat donors). We knew the auction would be smaller and it is, with 116 items to last year's 132, and a total value of the minimum bids at $4,740 compared to $6,705 in 2018. We definitely don't have time to organize a public game day, though we'll do our own in private again Nov. 2-3.

But I will say, thanks to social media we are seeing more traffic and interest on the auction items ahead of today's (Friday, Sept. 27) auction starting at 5 p.m. Mountain time. So that is really encouraging. If we can double every minimum bid, $10,000 is still a goal worth shooting for!

There are some amazing items again. From the two sets of crokinole discs we originally had made for Extra Life United, to tickets from the Esplanade to each of their three Classic Albums Live concerts, to beautiful handmade items, gift cards to stores big and small, and of course some special word art mugs, the variety is kind of mind-blowing.

It's all thanks to our community, both here and abroad. I know a few folks from the U.S. who we met because of Extra Life will be bidding, and our donations include items from Calgary as always. 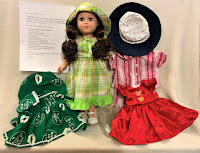 What really surprises us are the new donations from people who we never reached out to and never heard from before. The fact Dominic's story has inspired them to give means so much. One woman who wants to remain anonymous hand-made a dozen outfits for a doll she had, which literally took months, and has now donated the lot of it including the doll. When I told a gaming company we weren't sure if having the same game in the auction year after year was a good idea, they donated two other games instead. And when one friend's company declined to donate anything, she went and bought things from her own store and donated anyhow.

Stories like these remind us how good people are. And the number of families we know who've needed to use the Alberta Children's Hospital past or present only gets bigger. We want to help the hospital continue to give them the best care possible, just as they did when we needed it.

Go check out the auction now. It runs until 5 p.m. Sunday. You've got to be a member of the Facebook group in order to bid, and make sure to read the auction rules in full before you participate! It should be a great weekend.
Posted by Sean Rooney at 14:58