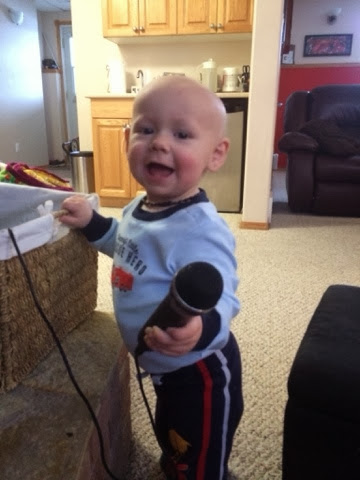 Well, he's home again. Actually, Dominic and Trish have been home for a couple days but you'll have to forgive us, it's been a bit busy getting everything settled here in Medicine Hat.
As hoped, his neutrophil counts rose enough for us to be discharged from the Alberta Children's Hospital before the new year. That happened Monday morning. Eight hours later - three of those spent driving east - my parents pulled up in their SUV with Dom, Trish, our dog Megan and a ton of stuff in tow. How's that for efficient?
After three rounds of chemotherapy you start to figure out a routine for leaving the hospital. Weeks ago Trish started tallying all of the medical supplies we'd require, and the ones we had accumulated already.
The list quickly turned into a fully-fledged spreadsheet. Yet another reason I'm glad I married an accountant.
But medication and sterile wipes are only part of the plan when you get discharged. You have extra tests that have to be done and for the second time in a row Trish had to remind hospital staff to do them lest we need to be recalled to Calgary.
For the first time we also will get a blood test done next week at the cancer centre in Medicine Hat, as there's no need to be in Calgary until his counts are high enough to start the fourth round of chemo. We never left Calgary after the first round and essentially gambled by returning after the second, though driving in early to avoid a blizzard was also a factor.
When the fourth round does start it'll be bittersweet, as it was to be the beginning of the end of his cancer treatment. Now, of course, he's getting a bone marrow transplant which has essentially added another five months to the timeline.
This could be his last time at home until summer as a result. So you bet we're going to enjoy it.
It's taken a couple days just to organize everything that came home. The toys, the clothes, the suitcases and the medical supplies had our typically tidy abode looking like a storage locker. Dominic's penchant for opening drawers and pulling everything out of them doesn't help!
New Year's Eve was blissfully uneventful. He got to bed before 8 p.m. after a day full of playing around the house and 'helping' mom unpack. I went to work for a few hours.
While I was at work one of my bosses marveled at how we've dealt with all of this under such seemingly dire circumstances. I laughed at him. The new year is certainly a time to look back, and when I do I naturally wish this had never happened to Dominic.
But the key is not to look back too much. You learn from the past but it's the future that's most important. And thanks to friends, family and the fantastic treatment our son is getting, we're confident 2014 is going to be a great year.
Posted by Sean Rooney at 14:39