Weary of the weekend 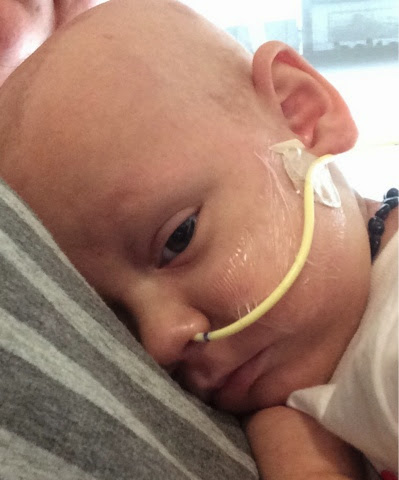 Weekends are different at the hospital.

For one, you can find a parking spot way easier, even if they seem to be forever cleaning the three-level parkade.

Hallways seem empty, sometimes delightfully quiet, other times lonely as if the place has closed down.

In the ward there's different staff. Fewer doctors. You're more likely to get a nurse who isn't usually on the oncology ward, which is to say one with far less expertise for your child. And you don't go to morning rounds, sitting around a table of seven or eight specialists like you would during the week. Many of them have the weekend off too, so a doctor will come to the room to talk to you.

All this would be fine if we had the same confidence in these weekend doctors as we do with the ones during the week.

Dominic has had a fever on and off for the past week. At first they put him on antibiotics, but the fever persisted. We started to worry.

He wasn't a happy camper, but we chalked the lethargy up to some low hemoglobin counts. He's got another tooth coming in, maybe that's it?

Then his stomach started to bulge.

It's now about as big as it was when we first took him to our local pediatrician way back in September. It's no less alarming to see it now.

On Saturday I raised the alarm bell, pretty much demanding that they take a closer look. They acquiesced, sending us for a CT scan. He got packaged up like a sushi roll, they did the scan, and told us it showed an enlarged liver.

Why? They're not quite sure. They posited it could be a side effect from the bone marrow transplant which causes blood clots in the liver, but ruled that out. They decided against an ultrasound to look more closely at the situation when the blood clots were ruled out, and reduced his IV fluid intake hoping that would solve the problem.

It didn't. And today at rounds Trish was told whoops, now they think it's blood clots. A drug has to be ordered in from Italy and won't be here for another couple days. They did an ultrasound.

It's frustrating that the weekend doctors didn't come to the same conclusion as the weekday ones.

In the meantime Dominic continues to be in pain from his distended tummy. He's now back on isolation as an as-yet-unidentified bug has shown up in his system.

We just hope things get better before next weekend. Because once we get to the weekend, all we'll look forward to is Monday.
Posted by Sean Rooney at 12:12