Wish trip Day 8: What a ride 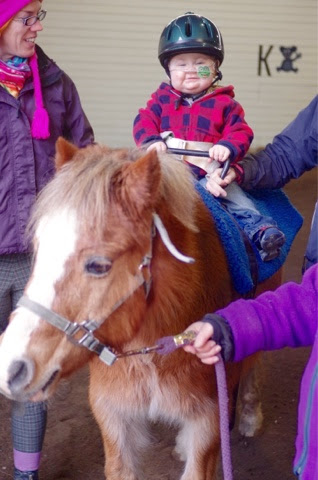 Today was originally when we were supposed to fly home.

Instead, he rode on a pony, charmed complete strangers and got in another swim.

After a lazy Thursday that included a quick dip and dinner with a friend, we were all recharged. We got in the car and drove an hour to Pacific Riding for Developing Abilities, which provides "therapeutic riding and activies" to anyone with a disability.

Dominic, who alternately wears leg and arm braces as a result of the problems his brain tumours have caused, was a perfect candidate for a quick ride. Through our amazing friend Lorna Scott and Medicine Hat Mr. Lube owner Chris Hellman, contact was made with PRDA who were all too happy to help out.

Margo and the rest of the staff there were incredible, setting Dom up with a helmet and riding belt. They then brought out Ladybug, a pony whose height made it perfect for staff to walk on either side of Dom and keep him upright.

As they started around the indoor arena, he started giggling. By the time we went outside to the nearby trails, he was prodding Ladybug to giddy-up.

The entire ride lasted maybe 40 minutes, and he loved every second. Afterwards he got to meet a couple miniature horses, Charlie Brown and Linus. Lucy couldn't be convinced to come out of her stall. 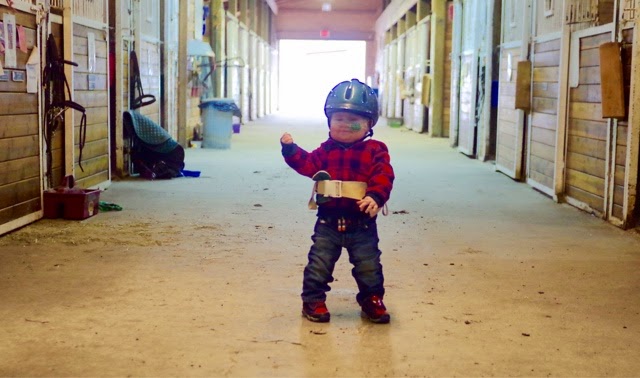 On our way back to the hotel, we stopped for lunch at Luke's Corner Bar and Kitchen. We had to check that minors were allowed, but once inside an older couple immediately asked what Dominic's oxygen tube was for.

They were forward, and so was I. He's got leukemia, I said. We're on his wish trip. He has weeks to live.

Dom spent the entire meal eating Smarties and charming the staff. As we finished, the manager came by our table. She'd overheard our conversation.

"I'd like to do a random act of kindness and buy your meal," she said. "I can't imagine what you're going through."

We've been the beneficiaries of so many of these kindnesses, but this one caught us off-guard. We both started tearing up amid thank-yous.

Our wish trip will be over in a couple days. We wish it could never end, just like our time with Dominic.

But it is what it is.