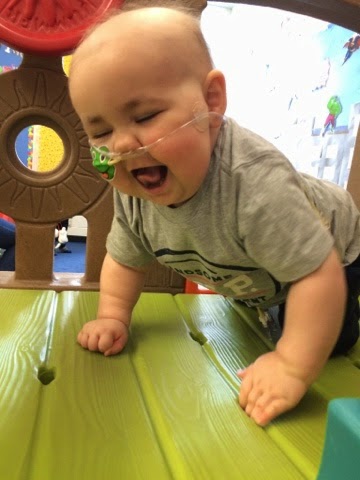 I was about to write a blog about how tired we are earlier this week. It never got started.

That was the morning after we did an oxygen test for Dominic, which involved hooking him up to a sensor on his toe, same as in hospital, except that we then sent the whole unit back to Calgary via Greyhound.

It beeped every time his readings were slightly (but not dangerously) low. That was often enough that neither Trish nor I slept.

Dom, being used to it all, didn't miss a wink.

He had to be in Medicine Hat Hospital three times this week for blood transfusions too. Each time it meant being in the room for at least three hours and as many as six. He napped, watched TV, even tried Wii baseball. But he only cried when they had to poke him with a needle because his broviac line was having problems. Thankfully that was a one-time stress.

Overall the story is similar to what it was two weeks ago. He's still exceeding expectations, we're getting out and about and making more memories. There's still no sign of a downturn. His next appointment in Calgary is Tuesday and we're trying not to be unrealistic but it's hard not to wonder what's going on since he seems as healthy now as when he was given a death sentence at Christmas.

At the very least it would be nice to get him off oxygen tubes, which is what the study was for. If his body is providing enough on its own then that's one less tether. He still eats through an NG tube and still needs the broviac line but those are unlikely to change.

So we keep on stuffing as many great days in as possible. As I write this we're on our way back from a trip to Drumheller and the Royal Tyrrell Museum. We went with friends including his "girlfriend," who's the same age and has leukemia too.

He walked around and laughed and loved every second of it. Then he fell asleep on the way back. 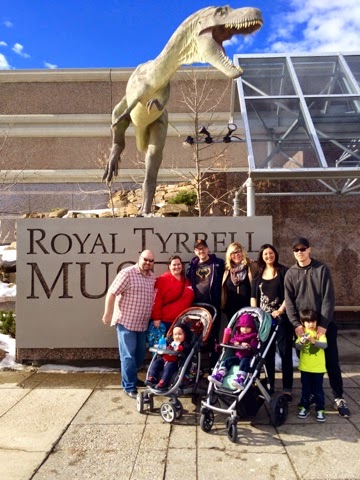