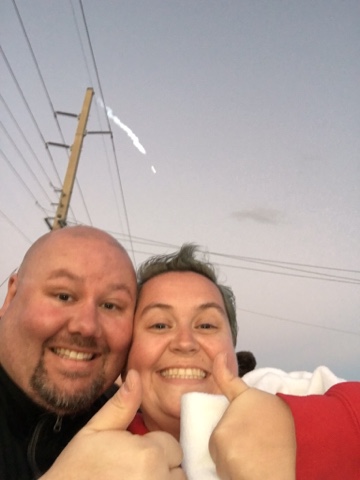 As we walked alongside the Garden of Hope at Give Kids the World Village Friday, a monarch butterfly sprang from plant to plant beside us.

I reached for my phone to get a picture, and we both fixated on it, knowing this might be a moment we'll never forget.

And it flew away.

The journey back to the place where we stayed for Dominic's wish trip six months ago was brief, tough, but necessary. It was the right place to go on our last day of vacation in Florida. We saw where they'd put his star, among more than 140,000 representing every child to visit on a wish trip. We hugged, spilled tears, then moved on to have a sundae before we left. 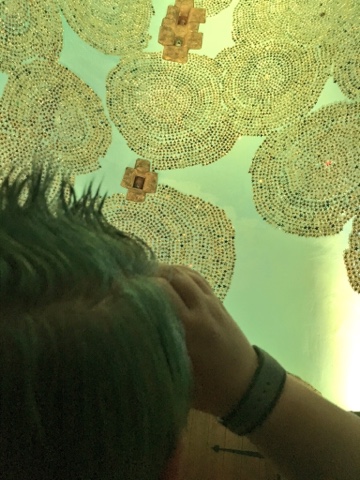 We walked over to the villa where we'd stayed all of three nights. Nobody was staying there at the time so I posed for a photo. Trish wanted no part of photos; it was all just too sad.

We were so desperate for meaning but also OK if it didn't arrive. The whole two weeks here was meaningful enough, honouring him and creating some wonderful new memories with new friends.

And yet, Dominic had one more trick up his sleeve.

The Space X team had tried and failed to execute a launch three times in the prior 10 days, their private company working with NASA to break new ground in space exploration by making a rocket that will one day recycle its boosters by having them navigate safely back to Earth after helping propel ships into the stratosphere.

A few of the folks attending Extra Life United last week had even missed some of the event to drive out for a launch, which backfired when it was scrapped at the last second.

There was a fourth launch window slated for Friday, 6:35 p.m. And, thanks to our stay at Give Kids the World having been brief, we had time to drive out just in case it happened.

We arrived on a stretch of highway where dozens of other cars had pulled off. The view across the water to the launch pad 16 kilometres away was unimpeded, so good a local TV cameraman was there to get footage for the nightly newscast.

Windy, cold even. But as the minutes counted down and the sun began to set I had a feeling.

Sure enough, Dom gave us the sendoff of a lifetime. Like a bright ball of sun the rocket lifted into the sky, as if that night had been chosen by fate.

We packed a lot into the past two weeks, and now it's done. I think it's been good for us but that's not to say I feel in any way healed.

But I've smiled a lot, cried a lot, felt a lot, and am glad for it all.

We had one more blessing on our way home today. Of all the people we'd run in to at the airport, the children's hospital champion from British Columbia, Aidan and his family. 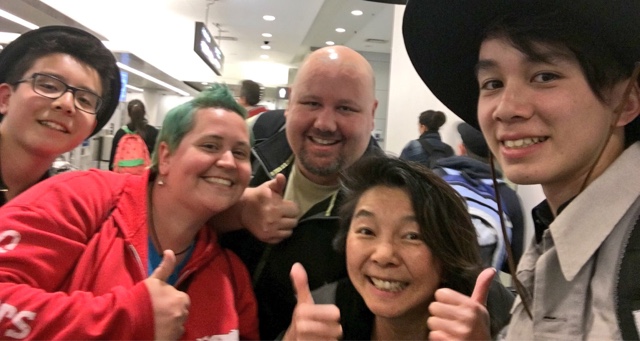 Including his mom Tina who gave Trish the gold ribbon with the word hope inscribed on it.

We are so lucky. Dom is still looking after us.