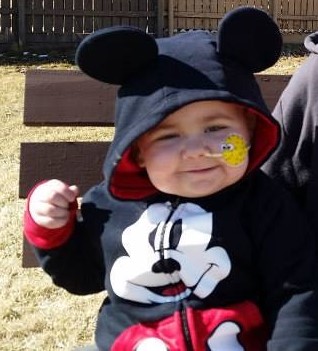 There's a term cancer parents use whenever their kid goes in for a checkup: Scanxiety.

It happens whether it's an invasive test or a typical X-ray. It's the not knowing whether the cancer comes back until someone tells you so. And it happens as soon as the test is booked - only to intensify when it happens and until the doctor comes with the results.

Contrast that, then, with the news we got today: Dominic's trip to Orlando through the Children's Wish Foundation has been booked for Aug. 29 to Sept. 5.

They aren't the invasive bone marrow biopsies or even lumbar punctures which he'd be put to sleep for. Those will wait until after the trip because there's always a chance putting him to sleep could result in massive problems.

No, it's just a couple respiratory tests. They won't happen until next week. But they will determine whether Dom can be on an airplane with a portable oxygen condenser.

The waiting will be difficult. If he passes, the payoff will be huge.

Give Kids the World was built 26 years ago by a Holocaust survivor who wanted other kids to have a better childhood than him - even if their lives were marred or cut short by disease.

It sits on a 79-acre property 15 minutes from Disneyworld, and is a theme park unto itself. It serves wish kids exclusively and nobody who goes there pays. There are rides, gigantic swimming areas, villas for each family and an ice cream parlour open at 7:30 a.m. daily. Yes, you can have desert for breakfast.

Dom will likely need daily visits to a nearby children's hospital for platelets. He hasn't eaten any food since basically last January when his bone marrow transplant happened, so he probably won't have the ice cream.

But, cross our fingers and toes, it looks like he's getting the trip of a lifetime, to The Happiest Place on Earth*.

*- Technically The Happiest Place on Earth is Disneyland in California. Disneyworld is apparently The Most Magical Place on Earth.
Posted by Sean Rooney at 12:57