A decade of auctions 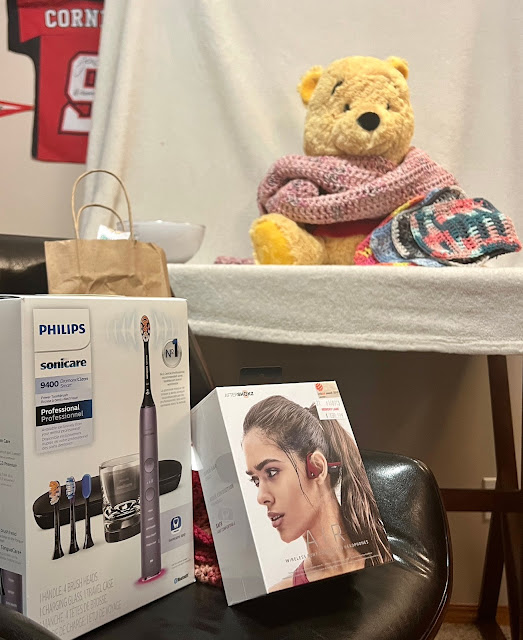 When Kristine Russell first set us up to do an online auction, we didn't know what to expect. Then the donations started pouring in. Everyone wanted to be a part of it.

I won't lie, it does not have the same oomph it once did. Dominic has, indeed, faded from many people's memories. New stories have taken his place. And that's OK. For us, of course, it simply means we have to work harder to make the auction work every year. We have to get out there and share his story, and ask new people to help out.

At times, we just don't have the energy. We've got a lot going on, with a kid in kindergarten, day jobs, friends, and all the rest. But we are still Dominic's parents and things like this are how we parent him now that he's gone. It means a lot that those who still participate want to help the Alberta Children's Hospital as much as we do.

This year's auction did get a bit of a boost. Our amazing friend Krista helped out behind the scenes, contacting new potential donors, and helping get things together. A lot of donors who were simply unable to give during the pandemic got back on the list. Others upped their donations.

And now the second stage of the auction begins. This week I'm writing item descriptions, finalizing donations, picking things up, taking photos and setting the stage for what we hope will be a successful fundraiser.

The biggest thing I need now is your help. Whether you've donated or not, whether you plan on bidding for items or not, I really need you to go on to the #Dominicstrong Facebook group, invite people to it, and when you see posts about the auction, share the heck out of them on every social media platform and email address you've got.

There is never a shortage of great items to bid on, but there does tend to be a shortage of people bidding for them. This is partly algorithm-based, but it's also an issue of not enough folks knowing about the auction. The more bidders, the more the auction raises! And every penny counts.

Don't worry, it's not as though you won't win the items you want. There are plenty to go around! And you'll see this year we have duplicates of some items, meaning each of the top two bidders will win!

It all gets started Friday, Sept. 30 at 5 p.m. Look on the group all week as I'll be posting items every day for previewing. And definitely set your clocks for 4 p.m. Sunday, Oct. 2, since the auction wraps up at 5 p.m. that day. Last-minute bidding can be intense.