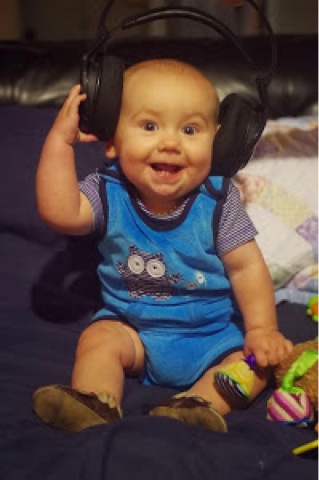 His journey is over.

Dominic Sean Rooney took his last breath at 11:45 a.m. ET this morning at the Arnold Palmer Children's Hospital in Orlando. He was two.

He slept on his dad's chest all night, then spent some time with his mom, but they both knew he was fading.

He got in one last session of music therapy, though he was asleep for it.

Mickey Mouse came to see him, but didn't get to the room because Dom was on his way out.

Thanks to staff here he was calm and at peace when he passed, covered in one of dozens of blankets his grandma made him. Trish and Sean cried like they've never cried before, knowing but never really believing this had to happen.

They told him how many people were thinking of him and how much love he's brought in to this world. And how much more love will be shown because of him.

One friend wisely noted that it's as if Dom wanted to spend his last days just with his mom and dad, in the happiest place he could find. So they went to Disneyworld Monday, and on Tuesday he crashed.

It was the leukemia that killed him, filling up his lungs with cancerous cells that made it impossible to breathe. But he will also live on, through silent thumbs up's, fundraisers in his name to give back to the many people and organizations that supported him, and forever in our hearts.

He was told Dec. 24, 2014 the cancer would kill him in weeks. It took weeks — 36 of them — for that to happen. He inspired so many people and his parents believe he will continue to inspire so many more.

Due to complications arising from being out of the country he and his parents won't likely come home for another week. A celebration of his life will be planned in the meantime.

In lieu of flowers or other gifts the family asks for donations to be made in Dominic's name through the Extra Life charity (http://www.extra-life.org/team/dominicstrong) to the Alberta Children's Hospital, or to the charity Helping Families Handle cancer (http://helpingfamilieshandlecancer.com).
Posted by Sean Rooney at 12:51